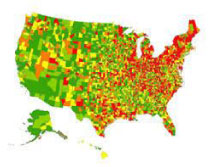 Brain washing systems and other circulating factors in some neurological condition like Parkinson (Pd) and vascular and diabetic dementia: How dynamics- saturation of clearance can act on toxic molecule?

Observing the epidemiology of some neurodegenerative disease is interesting to verify some similarity and also related advanced or non-advanced countries and related diet habits. There are relationship between this conditions and diet habits? Some neurological condition related neuro-degeneration can be related to a complex dynamic system like the glymphatic system and the brain vascular clearance. Failure in this system seem related to aggravates of some condition like PD or vascular or diabetic dementia. (Animal model). But what happen if this dynamic system is saturated? A deep investigation related the specific role in CNS make possible to search new innovative strategies. The social economic cost for the neurodegenerative disease is the right tool to new research.

Sleep is considered as a complex process in human beings and is least understood mechanism. Role of sleep in synaptic plasticity remains a debatable topic till date. Sleep is influenced by genetic background of the individual. EEG done in human sleep showed strong influence of genetic factors. A handful of familial analyses involving specific gene loci and twin studies has been done in this regard. In this review article focused discussion on genetic contribution to sleep phenotypes, twin and familial linkage studies and effect of genetic variation on sleep will be covered.

Objective: Currently, Parkinson’s disease (PD) is becoming more common among younger people of ages from 30 – 40 years. The incidence is higher among patients with higher body mass index (BMI), and some reports had it that Obesity is a risk factor for PD while some reported that there is no relationship between obesity and PD. PD patient at the time of diagnosis has an above-normal BMI but which goes below normal as the disease progresses. Therefore, it is essential to explore the relationship between PD and Obesity.

Methods: 349 outpatients and inpatients with PD were selected from Jiangsu University Affiliated People’s Hospital from January 2014 to December 2018, while 74 inpatients with non-cerebrovascular illness in the same period were selected as the control group. According to Hoehn-Yahr grade, Parkinson’s patients were divided into three groups. The height, weight, waist and hip circumference, total cholesterol (TC), Total Glycerol (TG), high-density lipoprotein cholesterol (HDL-C) and low-density lipoprotein cholesterol (LDL-C) were measured and recorded. The relationship between the severity of Parkinson’s disease and blood lipids was evaluated.

Conclusion: i) Obesity may increase the prevalence of PD. ii) The BMI of patients with PD shows two-way changes in different periods. iii) The BMI is higher and cholesterol is more elevated in the early stage of patients with PD, while at the advanced stage of the disease, the BMI and lipid levels of the patients showed a downward trend, which may be associated with a metabolic syndrome associated with dopamine depletion.

Pleurothotonus, commonly known as Pisa Syndrome (PS), is a rare neurological disorder characterized by lateral bending of the trunk with a tendency to lean to one side. This is typically mobile and resolves in supine position. It often presents as an incapacitating symptom of underlying neurodegenerative conditions like Parkinson’s disease, alzheimer’s disease, multisystem atrophy, dementia with Lewy bodies, progressive supranuclear palsy and even subacute sclerosing panencephalitis. It is known to be associated with neuroleptics, dopaminergic agents, valproic acid and lithium. PS is also seen in neurosurgical disorders like subdural hematoma, normotensive hydrocephalus, or as a late complication of pallidotomy in patients with PD. It can present either as an acute emergency or can develop gradually over time.PS tend to happen in coronal plane and can be controlled and managed if diagnosed in early stage. However, a chronic form known as “camptocormia” occurs often in a combined fashion with anteroposterior flexion which can improve to some extent, remain stable or even get worse. Pathophysiologic mechanism is not completely understood. This review will discuss all the updated literatures published in PS in terms of prevalence, pathophysiology, clinical manifestation, and treatment modalities.

Parkinson’s disease (PD) is a neurodegenerative disorder characterized by progressive degenerative motor symptoms (e.g., tremors, impaired balance and gait) and nonmotor symptoms (e.g., fatigue, sleep disturbances, pain) that can negatively influence health and mental wellbeing by decreasing quality of life. It affects nearly 10 million people and more and more cases are diagnosed because of the advancement seen in movement disorder clinics and diagnostic tools worldwide. Individuals with PD also complain about anxiety arising out of these symptoms of postural instability, low back pain etc., which may lead to increased risk of falls and fall related injuries of brain, bone or other organ systems. Stress is one factor which has been shown to directly correlate to neurodegenerative pathology. Ways to reduce stress at a given point of time and across one’s life span is considered to be a prime necessity in today’s world. Various body-mind exercises like yoga, tai chi, qi gong, tango, ballet etc., has been in research for quite some time now, which has shown benefits in PD patients. In this article evidences related to yoga and its role in PD will be reviewed in a detailed fashion.

“It was a delightful experience publishing my manuscript with the Clinical Journal of Obstetrics and Gynecology. They offered me lots of opportunities I never had from most publishing houses and their prompt services are greatly appreciated.”

Your service is very good and fast reply, Also your service understand our situation and support us to publication our articles.

The service is nice and the time of processing the application is fast.

“The choice to submit the forensic case study to the Journal of Addiction Therapy and Research was dictated by the match between the content and the potential readership. The publication process proved to be expedient and we were provided with constructive feedback from reviewers. The final article layout is attractive and conforms to standards. All-in-all, it has been a rewarding process.”

“Mobile apps and wearable technology are becoming ubiquitous in our environment.  Their integration with healthcare delivery is just beginning to take shape.  The early results are promising and the possibilities great.

You are such a nice person. Your journal co-operation is very appreciable and motivational.

Thank you very much for your support and encouragement. I am truly impressed by your tolerance and support.

Thank you very much

We appreciate your approach to scholars and will encourage you to collaborate with your organization, which includes interesting and different medical journals.
With the best wishes of success, creativity and joy in life, prosperity in the medical field.

I wanna to thank clinical journal of nursing care and practice for its effort to review and publish my manuscript. This is reputable journal. Thank you!

"This is my first time publishing with the journal/publisher. I am impressed at the promptness of the publishing staff and the professionalism displayed. Thank you for encouraging young researchers like me!"

I am delighted and satisfied with. Heighten Science Publications as my manuscript was thoroughly assessed and published on time without delay. Keep up the good work.

Submission of paper was smooth, the review process was fast. I had excellent communication and on time response from the editor.

"It was a pleasure to work with the editorial team of the journal on the submission of the manuscript. The team was professional, fast, and to the point".

Publishing with the International Journal of Clinical and Experimental Ophthalmology was a rewarding experience as review process was thorough and brisk. Their visibility online is second to none as their published articles appear in all search engines. I will encourage researchers to publish with them.

The editorial process was quickly done. The galley proof was sent within a week after being accepted for publication.
The editorial team was very helpful and responded promptly.

Thank you and your company for effective support of authors which are very much dependable on the funds gambling for science in the different countries of our huge and unpredictable world. We are doing our work and should rely on a teams like Galley Proof-HSPC. Great success to all of you for the 2019th!
Be well all the year long.

Thank you for your attitude and support. I am sincerely grateful to you and the entire staff of the magazine for the high professionalism and fast quality work. Thank you very much!

The services of the journal were excellent. The most important thing for an author is the speed of the peer review which was really fast here. They returned in a few days and immediately replied all of my questions. I want to refer this platform to all scholars.
Many thanks.

We thank to the heighten science family, who speed up the publication of our article and provide every support.

In 2017, I submitted a manuscript to the journal Archives of Biotechnology and Biomedicine belonging to Heighten Science Publications Corporation. Within one week I already received the response from the editor. All processing steps were really fast so in terms of a speedy publication I can particularly recommend the journal Archives of Biotechnology and Biomedicine. The responsible contact person of the journal was always available, which gives a trustworthy impression to the author. Also the peer review process was clear and constructive. So from my experience with Heighten Science Publications Corporation I can recommend publishing there.

I am to express my view that Heighten Science Publications are reliable quick even after peer review process. I hope and wish the publications will go a long way in disseminating science to many interested in scientific research.

Your journal has accomplished its intended mission of providing very effective and efficient goals in dealing with submissions, conducting the reviewing process and in publishing accepted manuscripts in a timely manner.  Keep up the great work and services that you provide.

I, Muhammad Sarwar Khan, am serving as Editor on Archives of Biotechnology and Biomedicine (ABB). I submitted an editorial titled, 'Edible vaccines to combat Infectious Bursal Disease of poultry' for publication in ABB. After submitting the manuscript; the services rendered by the management and technical personnel to handle and process the manuscript were marvelous. Plagiarism report was shared with me with complements before reviewers' comments, All steps including article processing and service charges were well taken care of keeping in view the author's interest/preference. All together, it was an encouraging and wonderful experience working with ABB personnel.

Open Access by Heighten Science Publications Corporation is licensed under a Creative Commons Attribution 4.0 International License. Based on a work at https://www.heighpubs.org.
CrossRef Policy/Peer Review Process and System/FAQs