Copyright License: © 2018 Astrit Gashi M, et al. This is an open access article distributed under the Creative Commons Attribution License, which permits unrestricted use, distribution, and reproduction in any medium, provided the original work is properly cited.

A 36-year-old woman pregnant, G2 P1, presented at 27 weeks of gestation after two previous visits elsewhere, as an outpatient in a gynecological clinic. An ultrasound examination revealed bilateral hydronephrosis. Also, ureteral dilation and bladder overdistension was present (Figures 1-3). We evaluated that the cause was a urinary tract obstruction. Specifically, we are dealing with posterior urethral valves. The anteroposterior diameter of the pelvis on a transverse view of the abdomen was 6 mm. The amniotic fluid index (AFI) was 3 cm, so, oligohydramnios. Fetal Biometry responds to the 27th week of gestation. The sex of the fetus was male. Following identification of urinary tract dilation, a detailed anatomic scan was performed to exclude the presence of associated extra-renal anomalies. After corticosteroid regimens, at week 30 of pregnancy, due to the fetal diagnosis previously determined and now anhydramnios, with the informed consent of both parents, are deciding to end a pregnancy with Caesarean section. On 17.07.2017, at 8:45 AM, the baby of the male sex is born, with body weight 1700 grams, and Apgar score was; 7 in the first minute, 8 in the fifth minute. Shortly after birth, because of the prematurity and the manifestation of the signs of Infant respiratory distress syndrome (IRDS), the baby is transferred to the Neonatal Intensive Care Unit. The treatment started according to the protocol with fluid, antibiotic therapy, and surfactant administration. Even despite therapy, the condition is constantly worsening the baby is intubated and passes on mechanical ventilation. The baby’s condition continues to worsen even further until cardiac arrest, even despite reanimation measures, the baby died within a few hours. 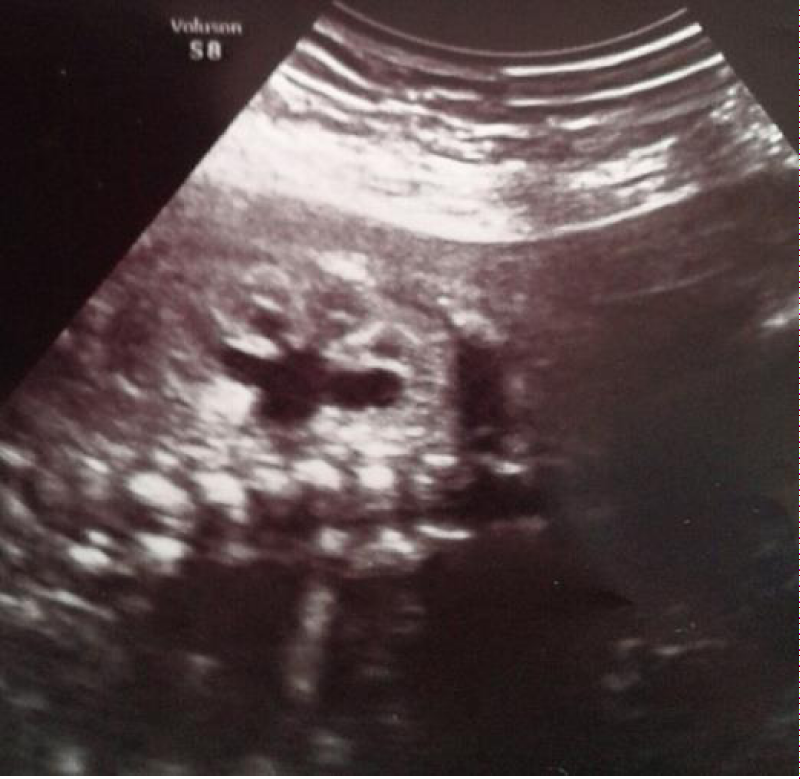 Figure 1: Coronal scan of a hydronephrotic fetal kidney in a 27-week fetus, showing dilation of the pelvis, the calyces are visible but not significantly dilated. 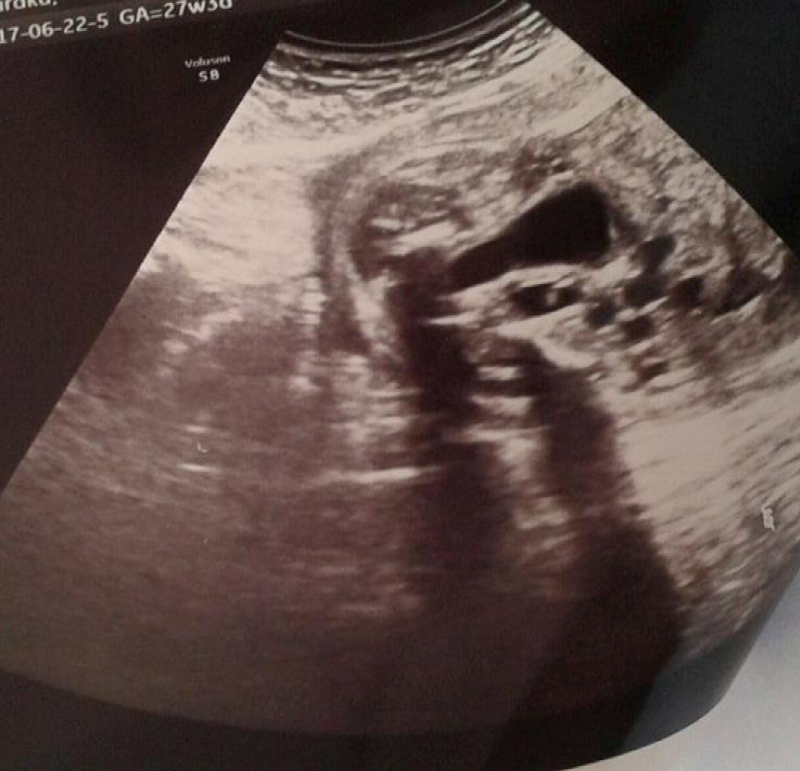 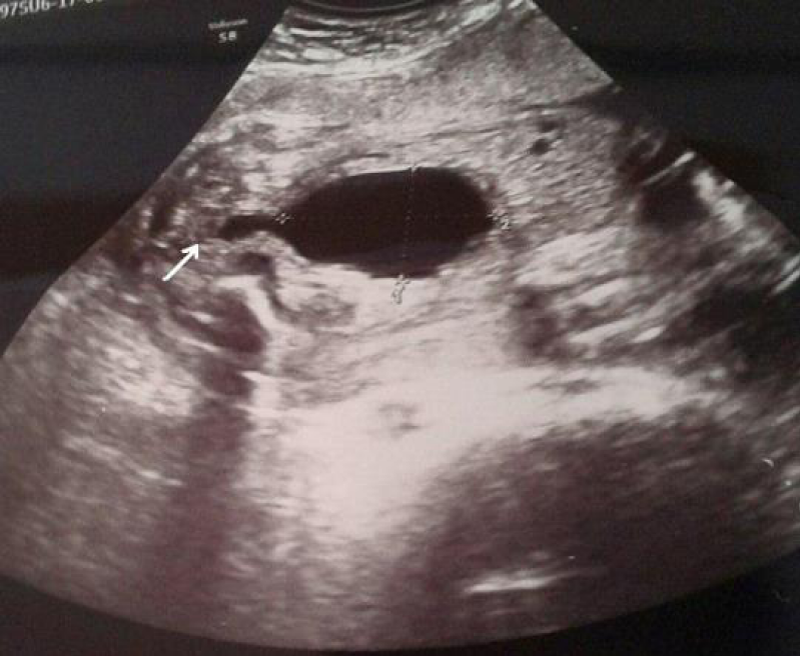 Figure 3: Posterior urethral valves. In a 27+3 weeks fetus, a significant dilatation of the bladder and of the proximal part of the urethra (arrow) is clearly seen.

Our case was diagnosed by ultrasonography and was confirmed with autopsy-It has been noticed an obstructive membrane within the urethra. (The macroscopic appearance of an obstructive membrane is the primary pathology causing a mechanical obstruction in the urethral conduit leading to sequential secondary changes. The severity of the changes depends on the degree and timing of the primary obstruction). Then the posterior urethra was dilated and elongated, the verumontanum was distorted, and the ejaculatory duct is dilated with reflux of urine into the vas deferens. Obstruction in the posterior urethra causes high intravesical pressures, progressive muscle thickening (hypertrophy and hyperplasia), traberculation, sacculation, which are noticed. Pathological findings that were observed in the kidney include hydronephrosis and progressive renal damage (disorganized renal parenchyma, presence of embryonic tubules, cartilages, and cysts and presence of mesenchymal connective tissue). High grade oligohydramnios, azotemia and severe pulmonary hypoplasia led to fetal death. Histological studies suggest that posterior urethral valves are formed at approximately 4 weeks’ gestation, as the Wolffian duct fuses with the developing cloaca. When the insertion of the mesonephric ducts into the cloaca is anomalous or too anterior, normal migration of the ducts is impeded, and the ducts fuse anteriorly resulting in the formation of abnormal ridges or folds, which are believed to be the origins of 95% of PUVs. The exact etiology of posterior urethral valves is unknown, but it appears to be a multifactor gene mediated embryopathy