Is community based case detection of glaucoma relevant? Intraocular Pressure level and vertical Cup Disc ratio of participants at a screening programme in a rural setting in Nigeria

Copyright Licence: © 2018 Awoyesuku EA, et al. This is an open access article distributed under the Creative Commons Attribution License, which permits unrestricted use, distribution, and reproduction in any medium, provided the original work is properly cited.

To determine the proportion of participants with elevated intraocular pressure and abnormal vertical cup disc ratio in a glaucoma screening event in a rural community in Nigeria.

Methods: 242 eyes of 121 participants at a one-day screening programme were examined. Visual acuity was accessed using Snellen literate and illiterate charts, followed by a pen torch examination of the anterior segment. The posterior segment was accessed using a direct ophthalmoscope (Welch Allyn, USA). All participants had intraocular accessed using Keeler non contact tonometer and those with significant media opacity preventing view of the posterior pole had cycloplegic examination after dilatation with 1%Tropicamide drops. Data generated was expressed as percentages and means.

Conclusion: 6.6% of participants had suspicious discs and 4.6% participants had intraocular pressures above 30mmHg. Opportunistic screening for glaucoma remains one of the important modes of case detection for glaucoma in the developing climes and should be encouraged as a way to address the scourge of this blinding disease.

Glaucoma affects more than 70 million people worldwide with approximately 10% being bilaterally blind [1]. Population- level surveys suggest that only 10-50% of people with glaucoma are aware they have it [2].

A recent estimate of the number of people affected by glaucoma worldwide suggested that by 2020 there will be approximately 8o million people with the disease, of which 11 million will be bilaterally blind [3].

In developing countries, detecting glaucoma is complicated by limited access to ophthalmic eye facilities by a large part of the population. In order to increase rate of detection of the disease there must be a corresponding increase in attempts at case detection especially in the community.

242 eyes of 121 participants at a one-day screening programme were examined. Visual acuity was accessed using Snellen literate and illiterate charts followed by a pen torch examination of the anterior segment. The posterior segment was examined using a direct ophthalmoscope (Welch Allyn, USA). All participants had intraocular pressures accessed using Keeler non contact tonometer and those with significant media opacity preventing view of the posterior pole had a cycloplegic examination after dilatation using 1% Tropicamide.

Patients gave oral consent and their identity was protected. They were treated for any medical ophthalmic ailments seen while those with elevated intraocular pressures and abnormal vertical cup disc ratio were referred to the Ophthalmology department, University of Port Harcourt Teaching Hospital for investigation and follow up.

Data generated was expressed as percentages and means. 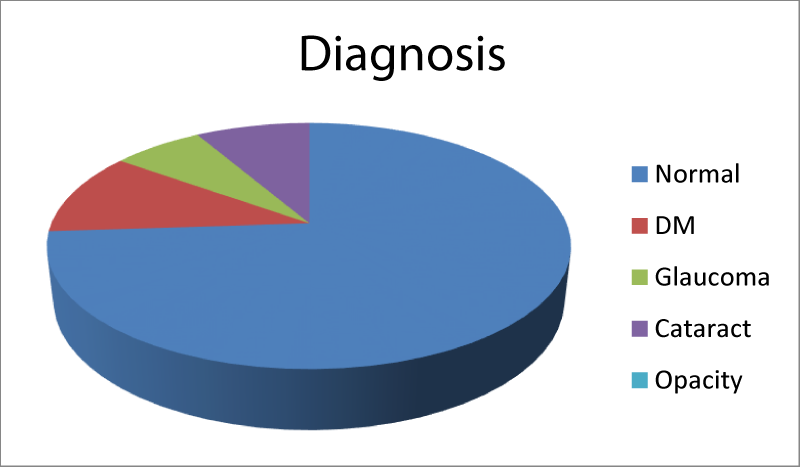 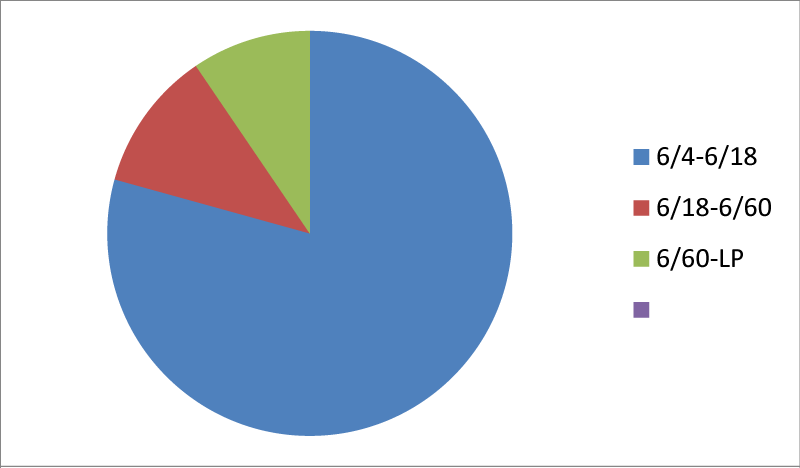 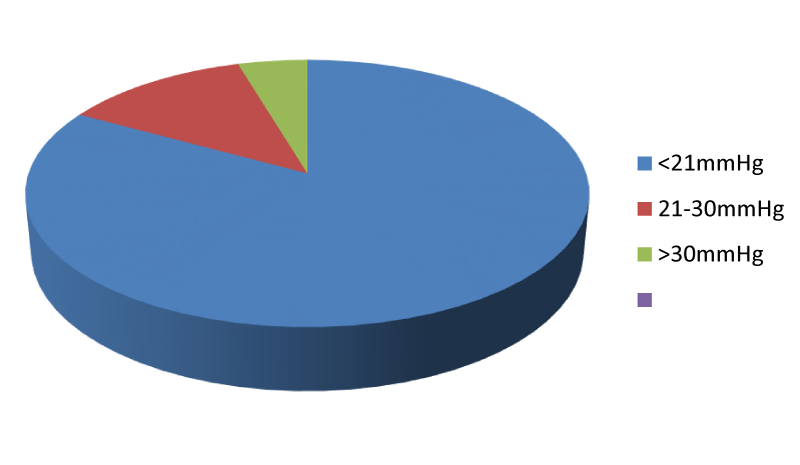 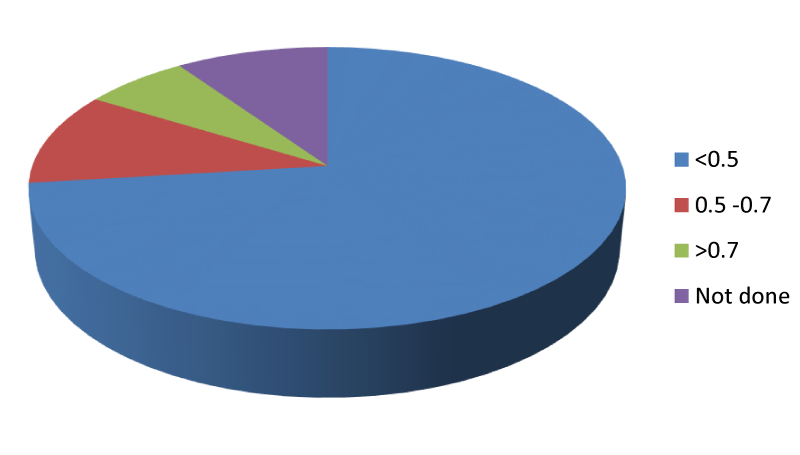 Several methods to detect glaucoma exist but they all revolve around making the existing health systems work better by improving opportunistic case finding, or initiating a systematic population screening program [2,4].

Community screening may be the best way to increase case detection even though the yield may be low. In a study by Hollows and Graham a population screening yielded an overall prevalence of only 0.84% [5], while in Ponza, Cedrone C. et al., had a prevalence of 2.13% as probable POAG and 6% had elevated IOP [6].

Similarly, in India, the Aravind comprehensive eye (population) survey put the prevalence of Glaucoma as 2.6% [7].

Community based detection remains a veritable tool to discovering more cases of glaucoma and initiating early / prompt treatment. One of such novel programs worthy of emulation is the “STOP Glaucoma in SSA”, built on four main pillars which include capacity development, enhancing disease awareness, and improving glaucoma detection and management [9]. The ultimate aim is to reduce glaucoma blindness in SSA.

As yields are low one method of screening would be to concentrate only on the detection of more advanced cases [10] since more often than not, patients present with advanced disease and accompanying sight loss in our environment [11].

Kyari F. et al. [12], has suggested a model for glaucoma care in Nigeria which involves improved community case detection amongst others, while Olawoye O. et al. [13], reported 41.7% of new glaucoma patients presenting at a tertiary facility in a one- year period were referred from community glaucoma screening.

Liang et al. [14], in China had a yield of 373 patients identified with glaucoma out of 27,000 persons screened in the community. Of these 89.6% (328/373) had IOP <21mmHg. This therefore reveals the deficiencies inherent in using only IOP as a screening tool for glaucoma. Jampell [15] found up to 76% of people had IOP <21mmHg and so would be missed by IOP screening alone.

In the Nigeria National Blindness and Visual Impairment Survey [16], it is noteworthy that at least half of the glaucoma eyes had IOP less than the mean +2SD IOP (22mmHg) of non-glaucomatous participants. This implies that IOP is unable to differentiate between those with glaucoma and those without glaucoma.

In our study 73.1% of participants had VCDR <0.5, which compares favorably with that of the Rotterdam population study where Mean VCDR on ophthalmoscopy was 0.3 [17], though her population was 55 years and older.

Community case detection of glaucoma is an important method of accessing the prevalence of glaucoma in the community. Intraocular pressure estimation alone is not sufficient to screen for glaucoma. The percentage of patients diagnosed by community case detection may be low, in our study it was 2.73% but it can be made cost effective by screening high risk populations or combining it with other eye care screening programs.